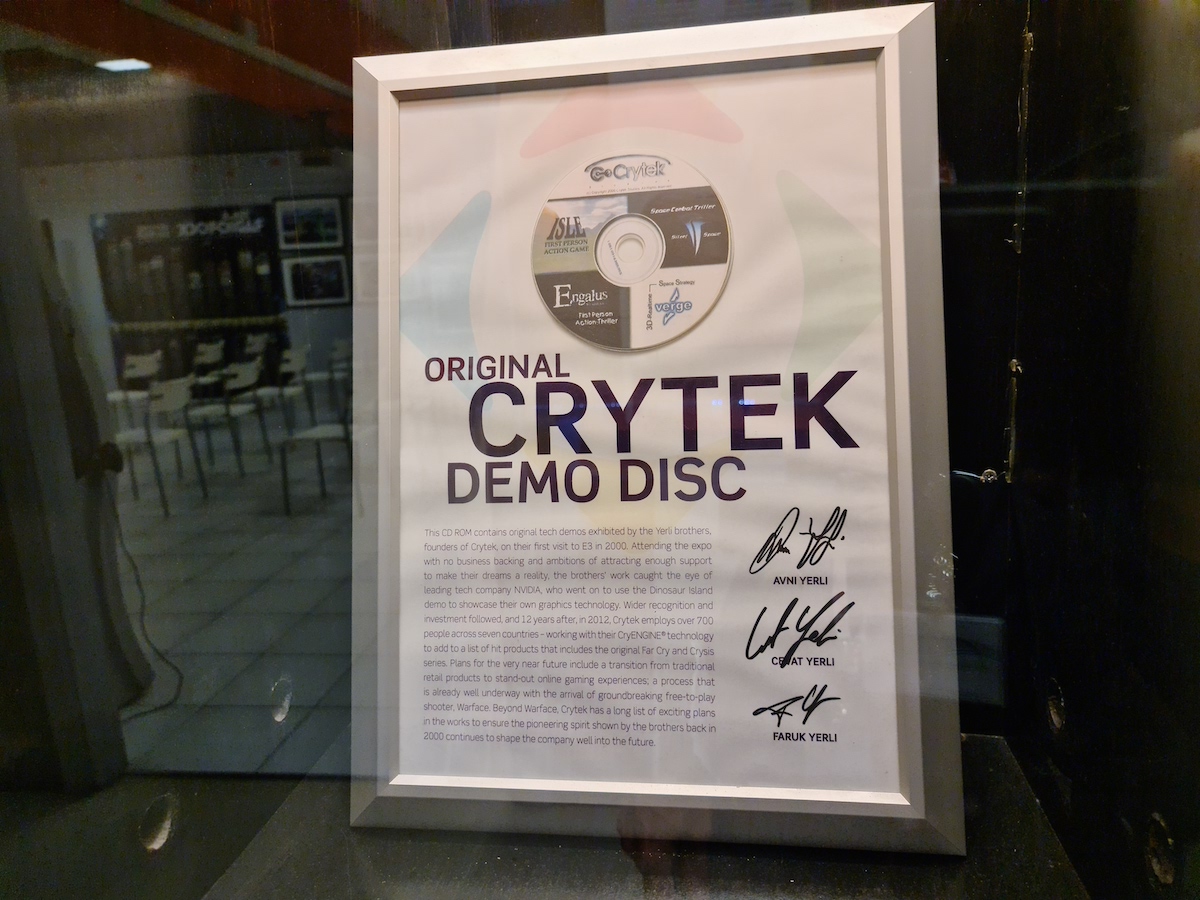 Crytek, founded in Germany by the Yerli brothers, currently represents the pinnacle of technological evolution in video games, highest expression of the German game industry. Together with id Tech 5 and Unreal Engine, the graphics engine CryEngine produced by the German company is one of the most advanced tools in video games production, especially first person shooters. The demo disk displayed at the Museum is the same that the Yerli brothers brought at E3 in Los Angeles in 1999, the most important american exhibition dedicated to video games, collecting unanimous praise from the press and insiders. The demo contained, X-Isle, the prototype of the would-be popular Far Cry.

This website uses cookies to improve your experience while you navigate through the website. Out of these cookies, the cookies that are categorized as necessary are stored on your browser as they are essential for the working of basic functionalities of the website. We also use third-party cookies that help us analyze and understand how you use this website. These cookies will be stored in your browser only with your consent. You also have the option to opt-out of these cookies. But opting out of some of these cookies may have an effect on your browsing experience.
Necessary Always Enabled
Necessary cookies are absolutely essential for the website to function properly. This category only includes cookies that ensures basic functionalities and security features of the website. These cookies do not store any personal information.
Non-necessary
Any cookies that may not be particularly necessary for the website to function and is used specifically to collect user personal data via analytics, ads, other embedded contents are termed as non-necessary cookies. It is mandatory to procure user consent prior to running these cookies on your website.
SAVE & ACCEPT
- Debug: cached@1669745941 -->