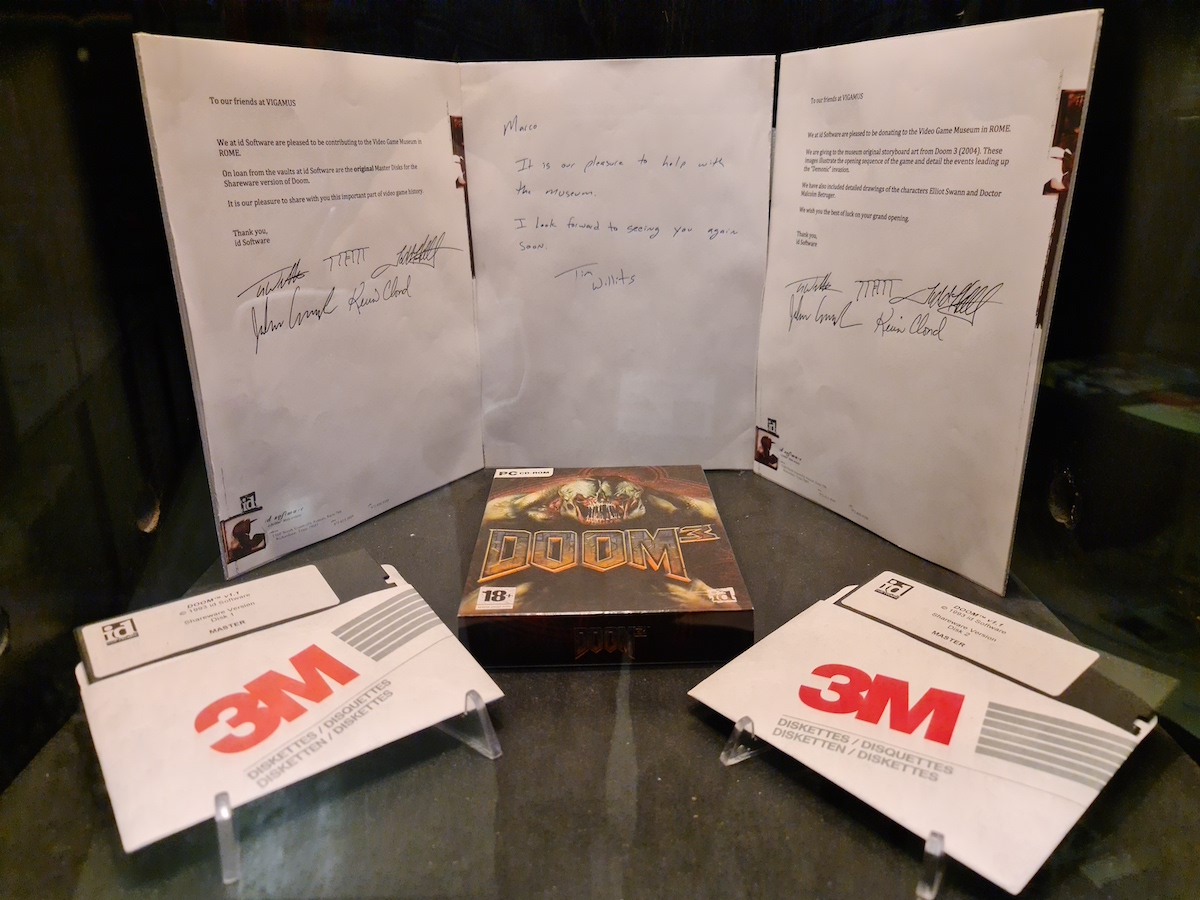 Currently the most well-known and popular, the genre of first-person shooter found his canonization in 1994 with Doom, created by the Texan developer id Software. The game was acclaimed at the time of its release for its high quality gameplay mechanics and for the high standard technology, almost revolutionary when compared to games released in the same period. Today, this work is remembered as an innovator in virtue of the game modes it introduced, still considered milestones of game design, and its iconic science-fiction/horror imaginary. The Master Disks, donated by the game’s creators, are the first records where the game was poured out at the end of its development, and from which all the copies placed on the market would have been obtained. Alongside the disks, visitors can also see the original Doom 3 preliminary artwork, the third episode of the saga.

This website uses cookies to improve your experience while you navigate through the website. Out of these cookies, the cookies that are categorized as necessary are stored on your browser as they are essential for the working of basic functionalities of the website. We also use third-party cookies that help us analyze and understand how you use this website. These cookies will be stored in your browser only with your consent. You also have the option to opt-out of these cookies. But opting out of some of these cookies may have an effect on your browsing experience.
Necessary Always Enabled
Necessary cookies are absolutely essential for the website to function properly. This category only includes cookies that ensures basic functionalities and security features of the website. These cookies do not store any personal information.
Non-necessary
Any cookies that may not be particularly necessary for the website to function and is used specifically to collect user personal data via analytics, ads, other embedded contents are termed as non-necessary cookies. It is mandatory to procure user consent prior to running these cookies on your website.
SAVE & ACCEPT
-->