The first and only
Italian Museum
entirely dedicated
to Video Games

The Museum is managed by

Institution acknowledged by the Prefecture of Rome with positive opinion of the Ministry of Artistic and Cultural Good and Tourism with Protocol #976/2014, constituted in 2013 for the preservation, research and diffusion of the physical and digital goods connected to the digital expression.

The objective of VIGAMUS Foundation is to promote and spread the knowledge of the cultural importance of video games in Italy, a nation characterized by a vast public of games. Video games are therefore part of the historic and artistic structure of the “Belpaese”, whose primacy in the world is indisputable. Cultural innovations, more than technological ones, represent the foundation for the creation of a real culture of video games, very special objects which deserve to be understood and studied, but, first of all, preserved. 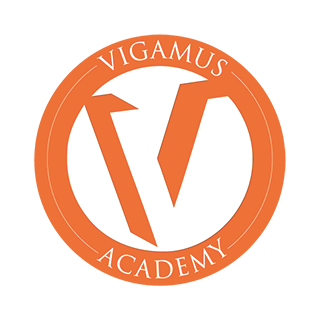 Vigamus Academy has been launched in 2014 as the Education and Learning Department of VIGAMUS Foundation, starting a collaboration with the University of Rome “Link Campus University” in order to create the first complete university degree in Gaming, available today with a Bachelor and Master Degree officially acknowledged by the Ministry of University and Research. From 2019, VIGAMUS Foundation has opened Vigamus Academy – The Academy of Imaginery, a center specialized in high formation, dedicated to the fields of Digital and Interactive Entertainment, to prepare professionals with skills and experience to enter the Games Industries and cultural industries. Vigamus Academy – The Academy of Imaginery offers 20 formation short courses in different sectors of creativity, and 4 high specialized vocational annual programs dedicated to Game Design, Concept Art, 3D Art and Game Development.

Gamerome is a video game event dedicated to developers and students from all over the world. Here you can meet many of the video game stars, obtain new perspectives thanks to the speeches of the big ones in the industry. Here you can be part of the showcase, a hub dedicated to the indie scene, where you can take part to the Game Jam. If you want to start your career in this field, or simply celebrate your passion, Gamerome is the right event for you.

VMAG – Vigamus Magazine is the video game website managed by Vigamus Academy. News, previews, hands-on, reviews and reportages of the most important event in the international game scene, written by young people who study and live every aspect of video games.

The “Conscious Gaming” book series started in 2012 thanks to the Study and Research Center of VIGAMUS Foundation. Starting from a multi-disciplinary perspective and from a rigorous and scientific approach, the series analyses various interactive artworks and the most important milestones contributing to the evolution of video games. Critical analysis and an accessible language are the means the series uses to do it.

This website uses cookies to improve your experience while you navigate through the website. Out of these cookies, the cookies that are categorized as necessary are stored on your browser as they are essential for the working of basic functionalities of the website. We also use third-party cookies that help us analyze and understand how you use this website. These cookies will be stored in your browser only with your consent. You also have the option to opt-out of these cookies. But opting out of some of these cookies may have an effect on your browsing experience.
Necessary Always Enabled
Necessary cookies are absolutely essential for the website to function properly. This category only includes cookies that ensures basic functionalities and security features of the website. These cookies do not store any personal information.
Non-necessary
Any cookies that may not be particularly necessary for the website to function and is used specifically to collect user personal data via analytics, ads, other embedded contents are termed as non-necessary cookies. It is mandatory to procure user consent prior to running these cookies on your website.
SAVE & ACCEPT
-->